— Welcome To My Thermal Imaging Page ! —

The images contained in the page below, are all thermographic, that is to say they were all taken with a thermal imaging camera, this technique is called thermography, for a brief explanation read the excerpt from the wikipedia entry below. 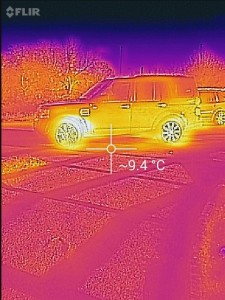 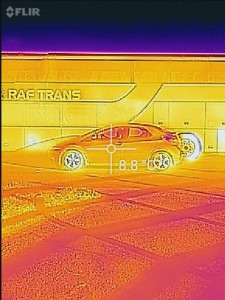 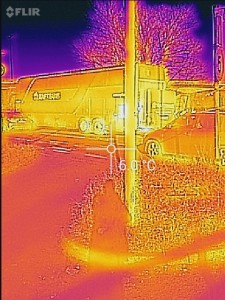 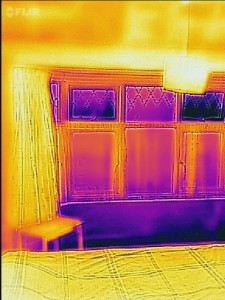 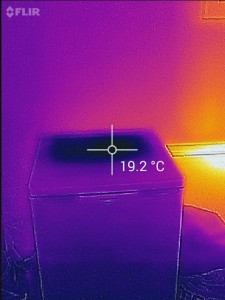 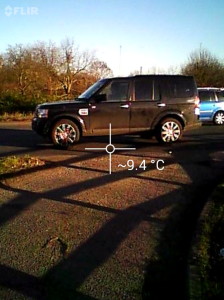 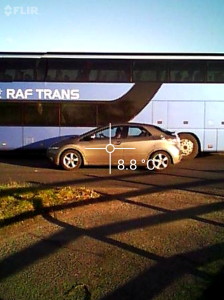 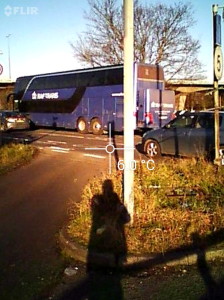 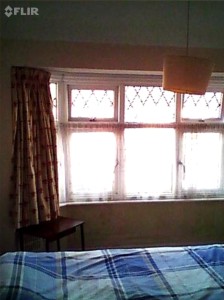 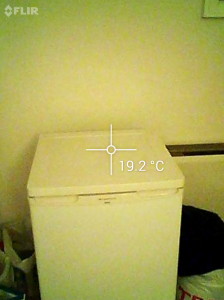 A Few Of My Thermographic Images And Their Visible Light Equivalents, Hounslow – London – 2018 – Hover Mouse Over Images For Details.

Infrared thermography (IRT), thermal imaging, and thermal video are examples of infrared imaging science. Thermographic cameras usually detect radiation in the long-infrared range of the electromagnetic spectrum (roughly 9,000–14,000 nanometers or 9–14 µm) and produce images of that radiation, called thermograms. Since infrared radiation is emitted by all objects with a temperature above absolute zero according to the black body radiation law, thermography makes it possible to see one’s environment with or without visible illumination. The amount of radiation emitted by an object increases with temperature; therefore, thermography allows one to see variations in temperature. When viewed through a thermal imaging camera, warm objects stand out well against cooler backgrounds; humans and other warm-blooded animals become easily visible against the environment, day or night. As a result, thermography is particularly useful to the military and other users of surveillance cameras.

Read more about thermography in this grate Wikipedia article, Thermography. 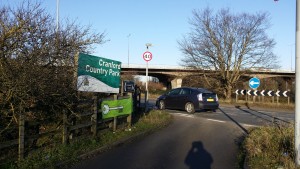 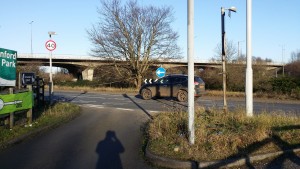 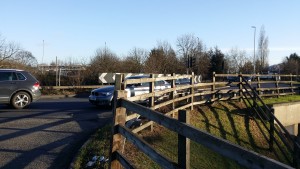 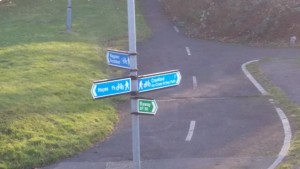 Above are some digital higher resolution images taken on my Samsung Note 3, of the Cranford Park Bridge area, a small road that leads in to Cranford Community Country Park, in the Hounslow area of southwest London, this is were the above thermographic images were taken about the same time.

NB : If You Are Interested In Seeing The Park And Surrounding Area in 3D, Then Visit My Page Called 3D – VR – 360 – Panoramic – London – Hounslow — Click Hear To Visit.

The Type Of Camera Used :

My camera is the FLIR ONE – Android Version, 480 x 640 with 1x digital zoom, which is a combined thermal imaging sensor and digital camera in one unit. The FLIR ONE is attached to your android device via a micro usb connector in order to operate, however the FLIR ONE has its own built in usb rechargeable battery, so it dose not use power from you android device.

NB : For More Information about the FLIR ONE visit their page Here or download these two pdf files, PDF File 01) and PDF File 02).

Below are some of my thermal imaging videos from on of my YouTube channels called AM – 3D – 360 – VR – IR – Thermal – Slow Motion – Videos. this a channel I made for all my 3D, thermal imaging and VR videos etc.